On December 13, the Long-Range Planning Committee proposed a bond vote to the community, to which they responded with a resounding no. In what turned out to be a contentious battle between those for and against the bond (and subsequent building renovations), the vote culminated with a total of 1600 votes: 688 in favor and 912 against. The Planning Committee spent two years creating a plan to renovate Todd Elementary School and the high school, but in the end, adamant community members concerned about the necessity of the mainly aesthetic renovations (costing $33.95 million) won out, reflecting how the greater Briarcliff community does not believe this capital project would improve the education students receive. 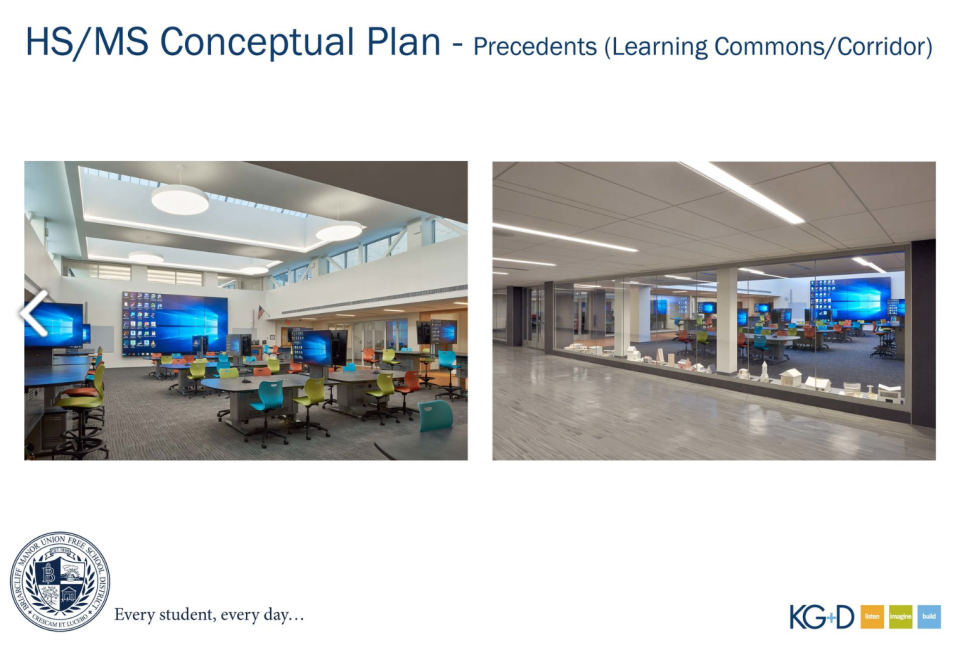 In the high school, the main changes would have taken place on the first floor: the creation of a new science research facility, the transformation of the library and Maresca into a tech-friendly collaboration space, and the relocation of the guidance department to the front of the building constituted the main part of the plan. In the middle school, there would have been renovations in the music and performing arts classrooms, and in Todd Elementary, a new gymnasium would have been created, in addition to the consolidation of the administrative, nursing, and conference spaces. In addition to these visual changes, Dr. Kaishian, who led the Planning Committee, emphasized how the changes would help to improve school security and safety.

The leader of the opposition was Aaron Stern, member of the People’s Caucus of Briarcliff Manor and the group Taxpayers Against Profligate Spending. In a series of emails sent to the whole community, he explained how enrollment in the District has declined 20%, citing high taxes due to the “generous District spending” per student (around $36,000 per student, whereas the national average is around $10,000) as the main reason for the lack of younger families moving to Briarcliff. The renovations would be wasteful, he argued, not only because they will be serving fewer students, but also because they would add a $33 million debt to the District, at the same time that there is an option to reduce taxes by 7%, contingent upon District spending; if the bond had passed, this reduction wouldn’t have been possible.

Board member Paul Wasserman also sent emails explaining how he thought that it was “a bad plan” (Wasserman also explained how he was writing as a private citizen and not as a Board Member). He cited the extravagant spending for mainly aesthetic purposes for his being against the bond, also explaining how “If the bond passes the District won’t have the financial wherewithal to fund innovative ideas or truly needed expenses while committing the District to a tax base that is perpetually higher than necessary.”

Former members of the Board of Education and long-time residents of the school district also formed a coalition in support of the bond (including former board members Stacy Agona, Jan Fisher, Sal Maglietta, and Jon Satran). They argued that the proposed bond would address the lack of active learning spaces in the high school, which hasn’t received any major updates since the 1970s. “Our students need environments that encourage discovery, cooperation, and curiosity,” the coalition wrote in an email.

Dr. Kaishian explained what would happen next for the capital project in an email to district residents. “The challenges remain, including attending to our infrastructure, ensuring the safety of our students, and meeting the demands of educating students so that they may grow into knowledgeable, skilled and confident young men and women in an ever-evolving world. These challenges still require solutions, and solutions require thoughtful investment in time and resources – there are no easy answers. We therefore have our work cut out for us.” He also mentioned how the future of the project depends on the involvement of the community and how a new bond would require more input from the residents of Briarcliff Manor in order to be passed.